Autism Research Institute • 4182 Adams Avenue • San Diego, CA 92116
The parents of autistic children represent a vast and important reservoir of information on the benefits-and adverse effect-softhe large variety of drugs and other interventions that have been tried with their children. Since 1967 the Autism Research Institute has been collecting parent ratings of the usefulness of the many interventions tried on their autistic children.
The following data have been collected from the more than 27,000 parents who have completed our questionnaires designed to collect such information. For the purposes of the present table, the parents responses on a six-point scale have been combined into three categories: “made worse” (ratings 1 and 2), “no effect” (ratings 3 and 4), and ”made better” (ratings 5 and 6). The “Better:Worse” column gives the number of children who “Got Better” for each one who “Got Worse.” 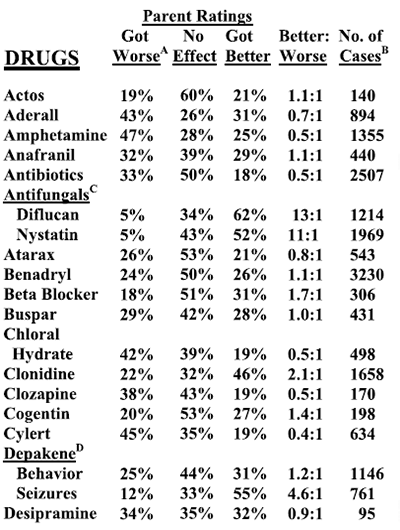 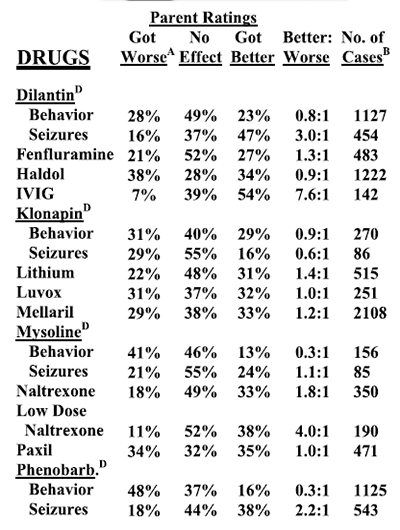 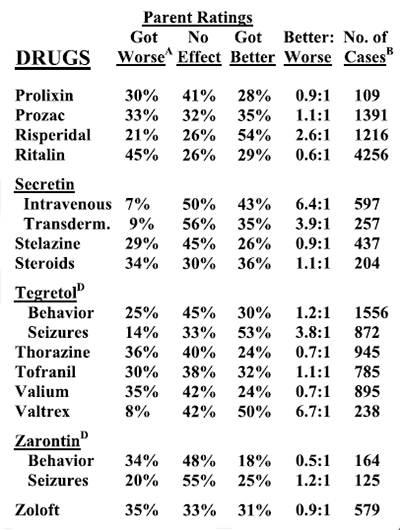 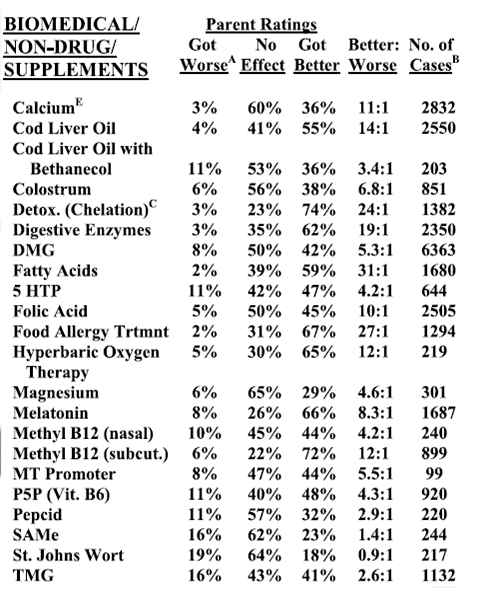 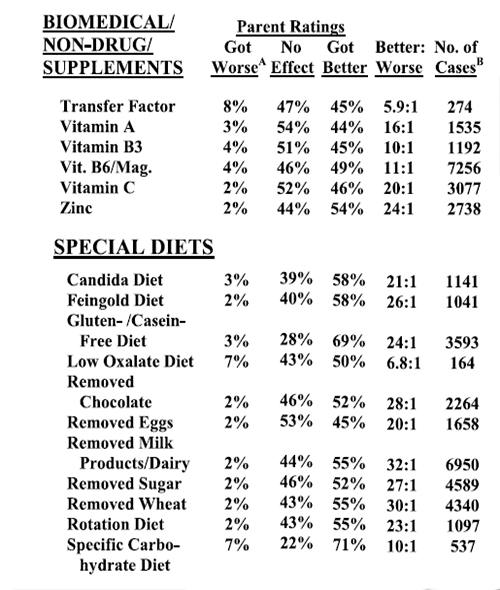 A.  “Worse” refers only to worse behavior. Drugs, but not nutrients, typically also cause physical problems if used long-term.
B.  No. of cases is cumulative over several decades, so does not reflect current usage levels (e.g., Haldol is now seldom used).
C.  Antifungal drugs and chelation are used selectively, where evidence indicates they are needed.
D.  Seizure drugs: top line behavior effects, bottom line effects on seizures
E.  Calcium effects are not due to dairy-free diet; statistics are similar for milk drinkers and non-milk drinkers.

Agape is proud to have been involved in this study and mentioned on page 16.>